I am now part of their story!

Today was sunny and on sunny days London blossoms into a stunning, gorgeous beauty, much like a woman  under the admiring gaze of the man she loves. On such days, I often find myself in our little balcony, staring not only at the river that glistens in the sun, but also at the families that troop by laughing, talking and enjoying the day.

Sid had gone out for a run and i was about to start my 40 minute yoga session when my eyes fell on a couple by the river.

I often see couples by the river but the moment I set eyes on them, I knew something soecial was going on. It took me but a few seconds to figure out that the man had just proposed. The girl, taken aback but visibly over the moon with joy, obviously had said yes and was laughing and crying as they stared at the new ring on her finger. I tried hard to not stare. The couple kissed about 200 times in a matter of ten minutes. The  man wiped tears off the girl's face and then a little later i saw the girl wipe tears off the man's face. He kissed her on her lips and when that did not seem enough, he planted tender kisses on her forehead. He held her and hugged her. She wrapped her arms around his neck and smiled and cried. Together they stared at her hand admiring the ring that i have no doubt shone in the Sun. Even from a distance I could make out her expression, i could imagine her tears and i could sense her happiness.

Like, i said, i tried hard to not stare yet i stared for the moment was so beautiful and the couple was so much in love that i found it impossible to peel my eyes away. It was a private and a very special moment and I felt like an outsider (which I obviously was, but who cares!!)

And , in this day and age what do you do when something special happens around you?

You whisk out your iphone and click pictures and that is what i did. I clicked a few pictures and tried to forget about the couple. Afterall, it was their moment!

Only i could not, they were still there , staring intermittently at the ring on the girls finger and the river, still mumbling sweet nothings to one another. I flicked through the pictures and knew in that moment that were i that girl, i would love to have those pictures.

Of course going over to the couple to give them the pictures seemed weird. No one does that in London. We all pretend that we do not have eyes.

I decided to wait for 5 minutes. If the couple were still there, i would go them.

As i readied for yoga, i kept an eye out on the couple. They stood there, talking and laughing. They tried taking selfies which the girl seemed dissatisfied with. Then they asked another man with a baby in a pram to click a picture of them. Then they took pictures of each other. And i stared at what i felt was a beautiful picture of them on my phone and felt my heart bleed.

In london you do not interfere with what others are doing, a voice in my head said warningly.

'WHat the heck, I am Indian!' said the other part of my brain.

I threw on a coat, put on slippers and dashed out of the house. I ran to the startled couple and said ' Excuse me, I live in the house there' pointing to my house ' and was in the balcony taking pictures of the sunny day when i witnessed something special. I have some pictures of the two of you, would you like to have them?'

I was so excited for the couple that i seemed to be taking ages to send a simple email to the man's ID with the pictures as attachment. I finally handed my phone to the guy who, as men generally are, seemed to be the only with his wits about him (I certainly did not :) )  They both thanked me profusely and I congratulated the couple.

I leave you with two of those pictures. I think they are beautiful mainly because that the two of them were madly in love was obvious even from a distance. And love can make life extra ordinary. Let alone a picture. 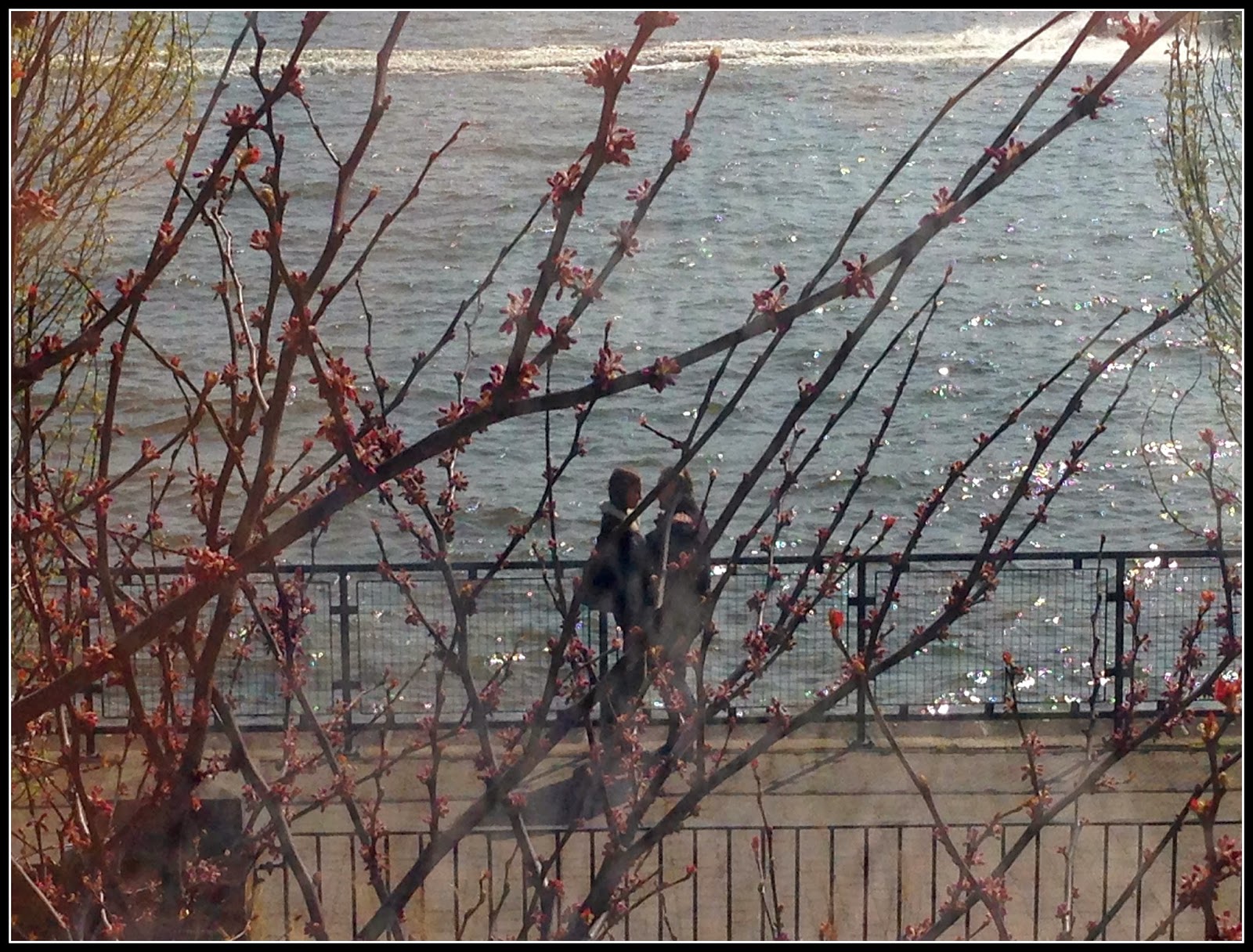 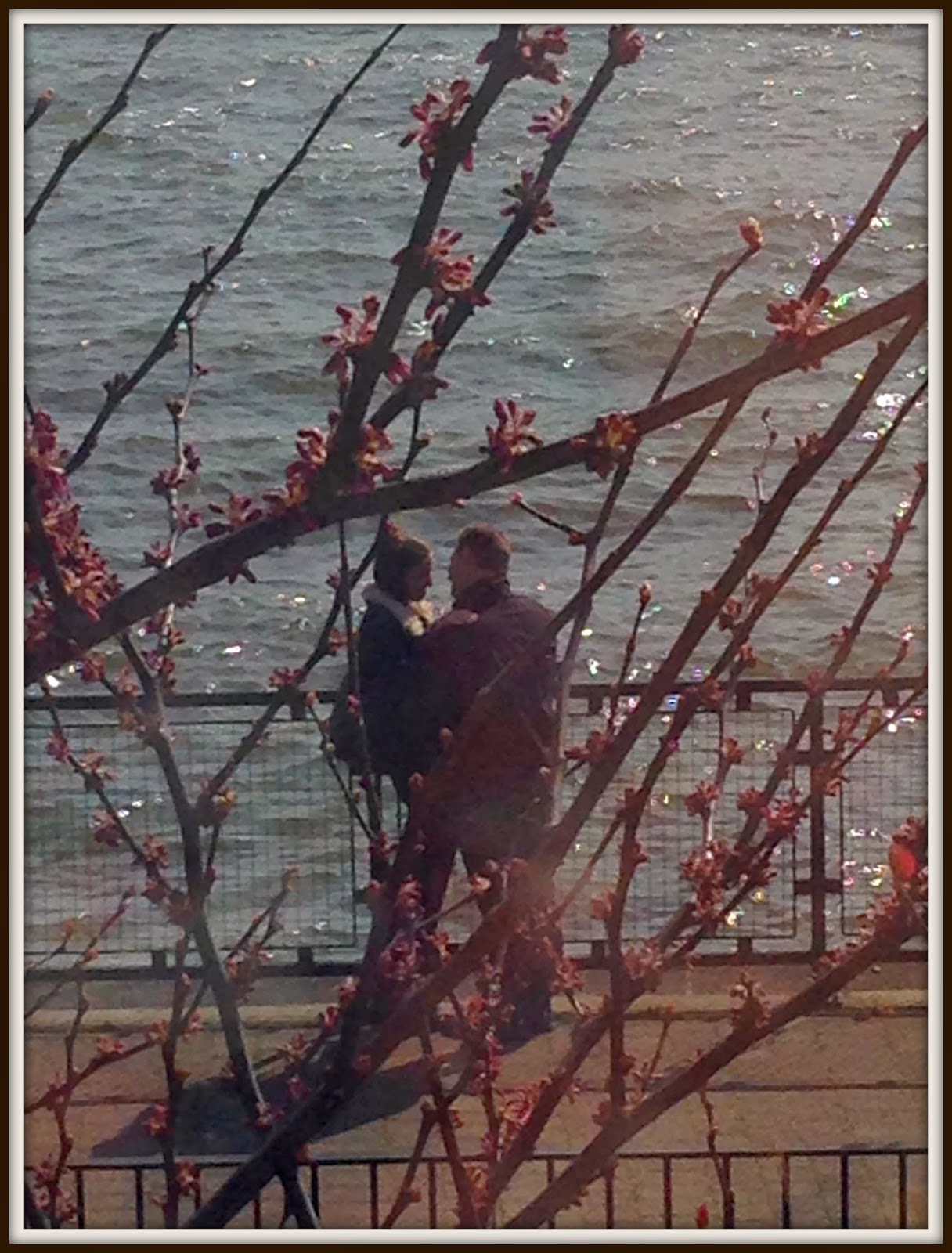 My heart felt very full, still does even though the incident happened a couple of hours ago. The Sun shone in all its glory; the Thames sparkled as if jewels were strew all across it; and the two of them stood there wrapped in love...

The fun bit about no longer being 16 is that you can pretend to be all wise and talk about how life has taught you stuff. Here are some things I try and NOT do. I am sharing some of them here, for your benefit and mine

Read on to see if you find takeaways ( I hope you do!)