It was going to be a flying visit to the capital city of France. We were to reach Saturday morning and leave Sunday night. When Sid asked me what i wanted to do, my answer was simple.


‘Walk around Paris' I said.

This was my second trip to Paris. I had gone there first about 2 years ago with some great friends. While the company was fantastic, the problem was the weather. It was dark and damp and raining the whole while. Even then I had told sid that I wanted to come back to Paris in better weather and that is what we did.

Highlights of the trip
Let me start with the lowlights :) 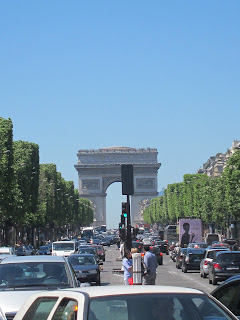 • So we were sitting in the Eurostar train as a group of 4 well dressed, fashionable young women came and sat next to us. A little later a potbellied Indian (Asian for sure) uncle walked past with a camera in his hand. He stopped short when he saw the attractive women, pointed the camera towards one of them and said ‘One picture?’. The girl was visibly shocked. ‘No!’ she said. ‘What no?’ he said slyly as he focussed his camera. The girl then hid her face behind her hands as the Uncle jee clicked the picture. As he left I could see the women roll their eyes at each other. I felt acutely embarrassed by his behaviour. And hence this request to all of us who go about of the country- please enjoy yourselves as much as you want to, but also please respect other tourists and women.

• Made my way to the metro ticket counter in Paris when an elderly man pointed to my bag and asked me to keep an eye on it. Apparently some young men were eyeing it. Not a great start, I thought but how wrong was I.

• You can kill me for it but I don’t find the Eiffel tower beautiful. Majestic, yes, but beautiful no. There is very little in it that appeals to my innate sense beauty. Yet as we stood the Trocadero, with the Eiffel in the background, Tibetan musicians playing a haunting melody as the sun set- the hair on my hands stood up- it was just so beautiful. And around me was life. People were milling about. I stared for hours at a couple who were trying to take a picture of themselves kissing the sides of the Eiffel tower ( in the background). Each click would be followed by them hopefully turning around the camera to have look at the picture and then they would burst out laughing. The looked like they were so much in love. I saw this young family with a little daughter. The father hoisted his daughter high above as the child gurgled with laughter and extended her hand. The mother grabbed the photo op and clicker ferociously as the daughter lunged forward for the camera. Twins wearing identical clothes and hopping around… 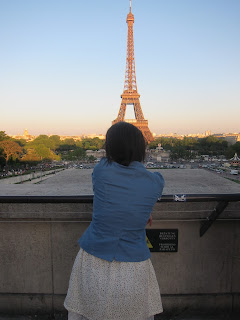 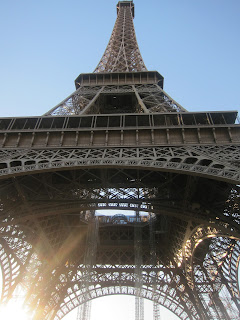 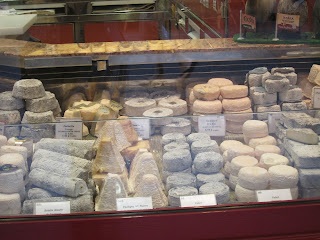 • At eleven in the night we reached the Louvre. I have been inside the museum before and all I wanted to do was to stare at the building at night. And what a sight it was. The warm yellow from inside the pyramid and the understated elegance of the museum building. I highly recommend going there at night! 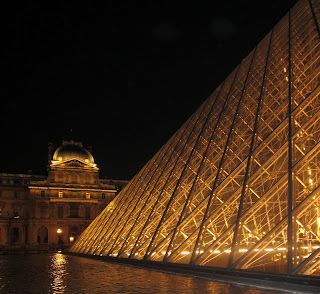 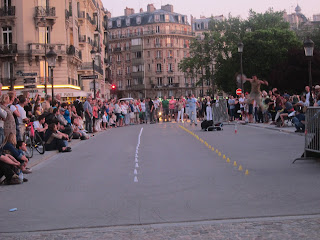 • Paris and London are a lot like each other. Yet there are massive differences. The biggest one was music. Parisians sing and play instruments so much more than the Londoners do. So there was this group of Moroccans sitting in the gardens below the Eiffel Towers singing in a group seemingly having the time of their lives. The trocedaro- people has gathered in groups are were playing instruments and singing along…

• River Siene that runs through the city is gorgeous. Particularly around central Paris. The day was sunny and the night was warm. As we strolled, we spotted hundereds of people sitting on the banks, their guitars in tow singing, laughing and having a great time. Everyone was relaxed and happy and it was so nice to be there! 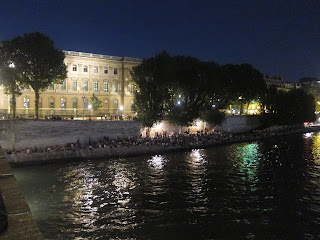 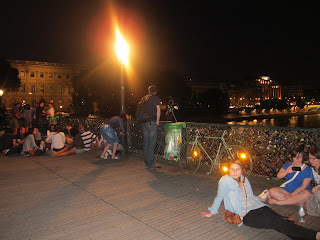 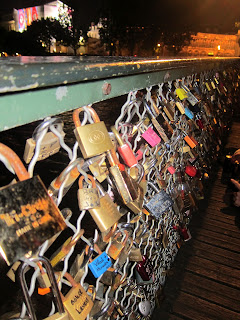 • Our hotel was close to the Eiffel Tower but that was not the best part about it (for as you already know I am not a big fan of the Tower). The hotel was bang in the midle of a criss cross of lanes that had beautiful cafes and restaurants all over. I had a great time exploring the streets, eating in the cafes, inhaling the smell of freshly baked bread….amazing! 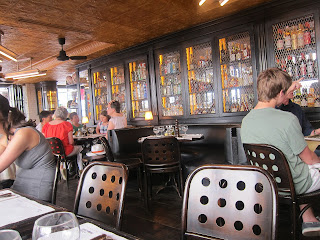 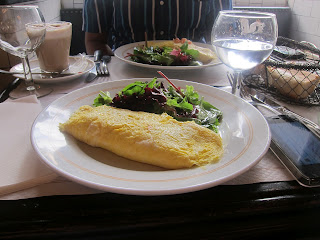 • Shopping- in Paris you have to shop. Now generally I can flit in and out of shos for hours and hours and not find a single thing. Very rarely, and it does happen once in a while, I just manage to find a whole lot of stuff that I really like. And that, my dear friends happened in Paris. Quick and clean- I had bought about 6 dresses in one hour flat. Obviously one of the highlights of the my trip 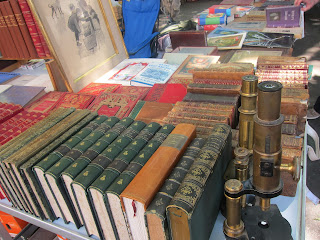 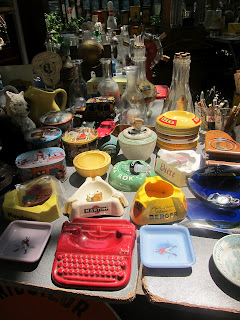 In love with Paris!

Down the memory lane

I tried very hard today to think of the earliest memory I have of my brother but nothing came to me. I thought harder but still nothing...there were blurry, long forgotten scenes from our childhood that flashed before my eyes but I dismissed every one of them. I was thinking these thoughts when it hit me.

I do not know or recognise life without my brother. He has always been there and i mean it literally.I was all of a year and a day old when he came into the world making me, at the tender age of one, an elder child.

One of the most distinct memories i have is of us sitting on the verandah overlooking the huge, lush, green garden and chatting. We must have been 5-6 or maybe younger, i don't know..

I stared at him playing with something in his hand and asked him ' What do you think of when you are not doing anything?' ( Yes, I used to ask such questions)
'Nothing' he said shrugging his shoulders.
I remember being blown away by that answer as in my head a mishmash of thoughts and ideas are perpetually running amuck. To imagine a mind that thought of nothing was so amazing. And so simple. And so relaxing...

We looked a LOT like each other when we were young (yes, things changed when he grew a moustache and beard, thank God for that!). So much so that a lot of friends at my all girls school often asked me about my twin. I have to add, that though we look like each other and share the same gene pool, it is amazing how similar you can be and yet how much better looking one can be compared to the other. He wins the 'Better looking sibling' crown hands down!

Ma tells me how she used to call me 'didi' so that Bhai would learn to call me that. Of course what then happened was that the little me began to think that my name was 'Didi' but more on that later sometime :) What also happened was that all his friends call me 'Didi' which was really funny because some of them were actually older to me!

We would sit in the clothes cupboard, he would be the shopkeeper and i would be the customer. We would take our cycles out and race as the monsoons lashed around us. We spent hours playing with the white gate (yes, don't ask me what joy we got out of standing on the gate and sashaying on it) I picked peas out of his rice pulao and he dropped me to my school before he went to his own when he got his bike. He tried to teach me to ride a bike once which was nothing short of a disaster...soon cycles and bikes gave way to cars and we would drive around the city catching up over hurriedly bought ice cream. He devours everything i cook and he is the only person i get to boss around.

When Ma would not allow me to go for that party, he would work on my case. Being a man, and hence not in the favour of using more words than are absolutely necessary, I have , over the years adopted the role of his PA in our family. When Ma asked him about what is happening in his life, he is reported to have told her to speak to me. (Yes! and this happened last month!)

He is also the funniest man i know. And how can you not love someone who makes you laugh at the drop of a hat?

I on the other hand believe in bawling my head off at suitable occasions.

I bawled my eyes out when he left for med school and was such a pathetic mess each time he was to go back to med school after holidays that i never (and i repeat never) went to the station/ airport to drop him off. At my vidai  I was...you guessed it right, bawling my head off again as i hugged everyone around me one last time before i left. Tears streaming down my red face and barely able to manage my saree,l hugged Bhai. And what did he do? Pretending to pat me comfortingly he smacked me hard on the shoulder.
'Ouch!' i said indignantly to him the tears forgotten.
With that characteristic slow smile on his face he whispered into my ear ' Dharti pe bojh, now go terrorise Sid!'

Though we have had our fair share of wars over the remote control/ computer / cycle etc, compared to other siblings I  know of we never really fight much. Sitting here, i cannot recall the last time we had a fight. I have also realised how well we work as a team. I gave multiple interviews when my first book came out and one of the most common questions was around how the well the book was marketed online. Which agency had i hired, asked a journalist once.
'My brother' i said to him smiling.

Even though he is younger by only a year (and one day), he is and will always be my younger brother. I am ever ready to pounce on anyone who dares say a word against (funnily enough if the same person was to say the same for me, i would not even be bothered). I have never seen him hit a child (even when he was much younger) or speak rudely to an elderly person which is why i repeat what i said about him in the acknowledgement on my book.
He is the nicest, kindest, funniest man I know. And he is my brother.

So today i recited a long winded sentence telling him how i wished and prayed for rosy health, continued happiness and greater success for him this year and forever.He paused for a minute.
'Same to you' he said.

I could not help but smile.
Happy Rakhee, Bhai.
Posted by R at 1:24 PM 5 comments