Talking about pictures in my last post brings me to another office story.

I deal with a huge amount of numbers and when I was really new to the whole system I would get very frustrated at times. It was one such day when, hot in the head and totally frustrated with the numbers that would not match, I walked out of office to get a breather. Wile waiting for the lift, I met a guy from office who casually asked me how I was doing.
Frustrated, I told him I was not good at all!
He wanted to know why I was so frustrated to which I told him how frustrating numbers can be when they do not match and how I just getting very very bugged with the whole system.

We spoke for a few minutes casually about this and that when I reached my foor. I went got myself something to eat for lunch and came back into office some 30 minutes later.

I had just settled into my chair when the same office guy came to my desk with a paper in hand.

He handed it to me.

I turned it face upwards to see a picture of a door. The walls were a nice shade of blue. I remembered the picture from somewhere, however.

“ Where have I seen it before?”, I asked him a little stupidly

He pointed his finger to his desk. It was there, pinned right next to his lap top.

I remembered how I had spent a couple of minutes looking at the picture the first day I had come into office. I ahd wondered why it was there?

“ When ever you feel stressed, just look at this picture. Try imagining all the good things that could be inside the door!”, he said.

I had never spoken to this guy before, I was very new to office and he had taken all the pains of getting a coloured print out for me to hopefully de-stress me!

I thanked him profusely for the kind gesture. I am attaching the pic for your reference. I sadly get no comfort from the pic and I cannot even try to imagin what good might be inside the door. It looks quite dingy and dark to me as if nothing good could be inside. However it still stays where I sit, because it was a very kind gesture. 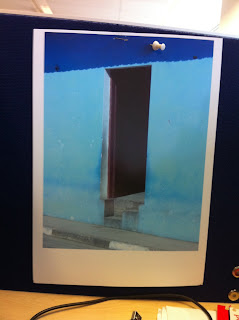 Email ThisBlogThis!Share to TwitterShare to FacebookShare to Pinterest
Labels: work

We went to a place called Lake distrcit last week end. While the trip was very nice and the place very very beautiful, this is one pic that i absolutely love.

I feel all warm inside when i look at this pic- as if all is good with me and the world.

Do you look at this and feel a sense of calm or is it just me ?? 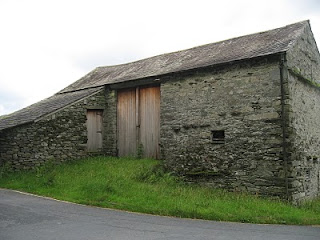